← more from
Brassland
Get fresh music recommendations delivered to your inbox every Friday.
We've updated our Terms of Use. You can review the changes here. 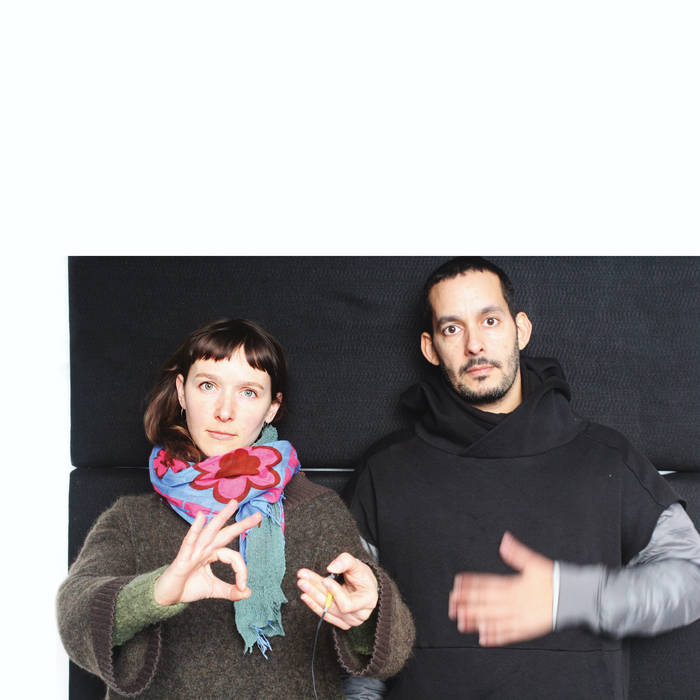 𝗦𝗰𝗵𝗼𝗹𝗮𝗿𝘀 𝗶𝗺𝗽𝗿𝗼𝘃𝗶𝘀𝗮𝘁𝗶𝗼𝗻𝘀 are the working sketches left behind in the making of the Buke and Gase album 𝗦𝗰𝗵𝗼𝗹𝗮𝗿𝘀 — the record which we named this here Bandcamp subscription club after.

All of these recordings are from a time in our musical evolution when we were spending upwards of 8 hours a day with each other, improvising, recording our experiments with pedals, electronics and Max software live in the hopes that we could move beyond our previous modes of working together. It lent itself to very sparse pieces that pretty much stayed on the same riff the whole time, something we were, until then, wary of. Taking a cue from popular music’s ability to be so mind-numbingly simple, we aimed to encompass an alien world of complexity in the same skin. Our opposing internal time-signatures managed to keep each of us on our toes as we passed ideas back and forth, and I believe we collectively yearned for a bigger, monstrous sound that, in these snippets, is only implied. This deep-diving, brain-grinding process eventually led to the pieces that would become the 𝗦𝗰𝗵𝗼𝗹𝗮𝗿𝘀 album, released in 2019, which boasts audio dreamscapes, meditations on melodies, as well as an intrinsically pop-based attention span. "My favorite," says Arone.

We released a more produced version of the first track “True Beliefer” but don’t really distinguish our released music from all the other things we make, so maybe we didn’t?

The second track is the original improvisation of a song we released as “Bubbles” — which you can find on our subscriber-only release 𝗗𝗥𝗬 𝗗𝗔𝗡𝗜𝗘𝗟, our “lost” album:
bukeandgase.bandcamp.com/album/dry-daniel-2
At the time we were just calling it “Ahaha” so that’s what we called this.

The next two improves are called “Drive by Goodie” and “Basic Balls.” Funny names ahahahahaha. Maybe we should have called those improvs that instead?

The final improvisation is called “30 dollars.” The lyrics are from Arone's dream diary.

If you’re interested in more of this kind of thing make sure you go back and take a listen to our #MondayMission improvs. Originally posted to Soundcloud, they’re one of the first things we shared with the 𝗦𝗖𝗛𝗢𝗟𝗔𝗥𝗦 𝗔𝗟𝗟𝗜𝗔𝗡𝗖𝗘. You can find them here: bukeandgase.bandcamp.com/album/mondaymission

p.s. Thank you to Dandelion Radio DJ Brownbutter (aka Cory Brown) for inspiring us to share these recordings in the first place. Back in February of this year he asked us to do a “session” for his program. It aired in March, and you can listen to this music in the context in which it was originally shared over at these links:
📻 dandelionradio.com/tracklists/2022-03/main.htm#brownb
🎛️ mixcloud.com/DandelionRadio/brownbutter-202203