← back to
Brassland
Get fresh music recommendations delivered to your inbox every Friday.
We've updated our Terms of Use. You can review the changes here. 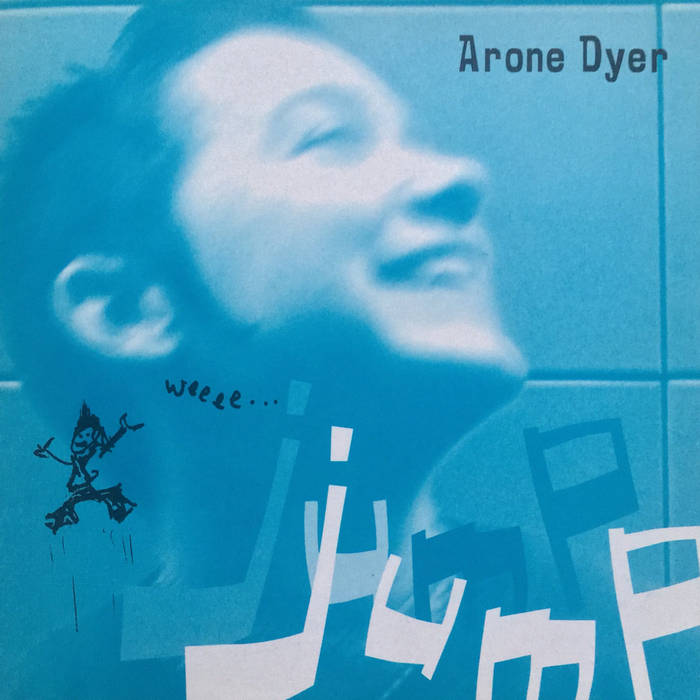 This is Arone Dyer’s favorite track from her 1998 solo album JUMP. It's called “What She Said.” It's been available to members of Buke and Gase's 𝗦𝗖𝗛𝗢𝗟𝗔𝗥𝗦 𝗔𝗟𝗟𝗜𝗔𝗡𝗖𝗘 for almost two years — but we're opening it up to everyone now because we plan to offer copies of the full album exclusively to subscribers for this Bandcamp Friday.

Here’s what she has to say about the record:

"Jump is a collection of songs written between 1993-’98 and is my only solo record. It was recorded by my friend Karl Jacob, released through a temporary label called Mocha Moose, now defunct."

"Jump got me on stage at Lilith Fair. I had strep throat during the contest where I competed against 30 mostly older acts, and yet managed to push myself through the song, perhaps thinking I sounded more mature with a scratchy, desperate voice. I lost my voice but won the obligation to record an album to sell at Lilith Fair’s merch table, which I did! I’m so grateful I had that opportunity and experience. Although I didn’t necessarily look-up to the women starring in festival, I recognized how incredibly lucky I was to have a seat at their table!"

"OK — I have to remind myself that I was a teenager when all these songs were written, performed and intensely real. My musical influences at the time were Shellac, Blonde Redhead, Ani DiFranco, Sebadoh, Lauryn Hill, Belly. I’m forgetting others, but these are translatable when you listen to this collection of songs. I despised hearing the Verve’s Bitter Sweet Symphony over & over again, alongside Backstreetboys, Hansen and Brittany Spears mania. I knew they were corporate shit and hated them. I admit I still do. 1998 was my public arts high school graduation, Prez Bill Clinton’s affair, Titanic and Lilith Fair. In a matter of months, I’d gone from playing in coffeehouses to playing for 40,000 people (via televisions throughout the festival stadium, & later that evening on the main stage wielding a super-soaker alongside Natalie Merchant, Lisa Loeb, Sarah McLachlan & Neko Case among others). It was a whirlwind & I wasn’t prepared for it."

"I strummed a Fender Classical acoustic guitar with my thumb, developing an invincible thumb-callous out of spite for lame-o traditional picks. As I wasn’t formally educated as to how to play guitar, I tuned it however I wanted, developing my voice through the soft sound of nylon strings."

"After performing in Lilith Fair as a fresh 18-yo and the subsequent intensity of performances that followed, I was debilitated by carpal tunnel and forced to stop playing guitar. This threw me into depression and catapulted me to NYC where I thought I’d be able to run away from being a somewhat-successful musician. Like a super smart teenager would think. This album was my Mount Etna as a singer-songwriter. Kaboom! Fizzle and regroup. I’ve stored these cds in many closets since then and it’s time to let go! Thank you for giving it a listen, let me know what you think!"